ConservationDrones.org‘s latest UAVs were recently deployed in Chitwan National Park in Nepal. We featured one of them, the Caipy video drone, in our last post (850 mm wingspan). Here is its big brother, the Vanguard drone (1400 mm wingspan). The Vanguard is a ‘glider-wing’ that has a flight time of 1 hour, a range of 40 km, and is designed to be durable and easy to launch (with a bungee cord). Due to the difficulty of locating suitable airstrips in the areas these drones would be operating in, the Vanguard is designed to sustain hard landings in high grass or bushy areas within national parks.

Special thanks goes to the WWF AREAS Programme (Asian Rhino and Elephant Action Strategy) which has been supporting the development of these new airframes. 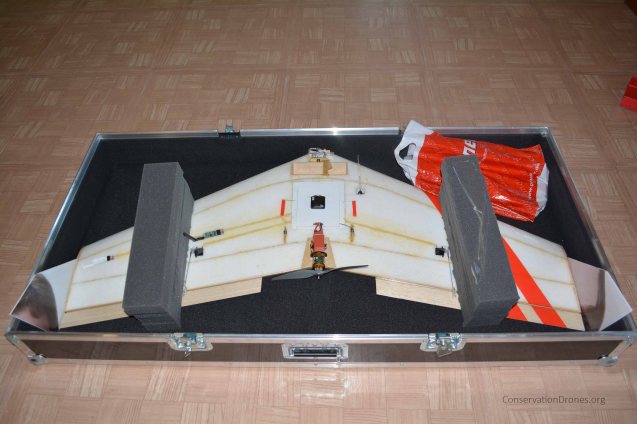 Vanguard video drone in its case 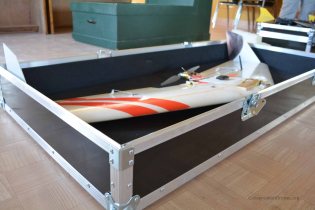 Simon preparing the Vanguard for launch

Rupak preparing the Vanguard for launch

Rupak preparing the Vanguard for launch 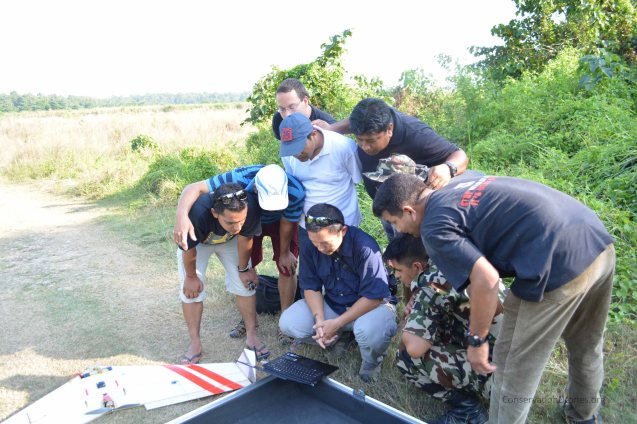 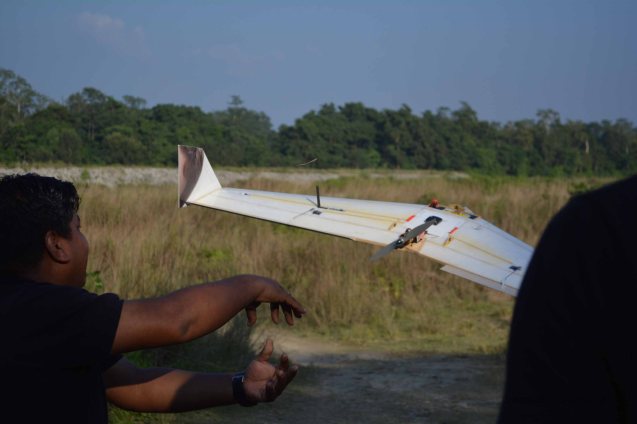 Demonstrating the Vanguard to the Nepali Directorate of National Parks

← New Anti-Poaching Video Surveillance Drones for Nepal
ConservationDrones.org is among 100 of the world’s most inspiring social tech ventures →