Keeyen Pang from the ConservationDrones Asia team developed a system that can fly for a 100 kilometers. It can be used as a mapping or video system and is based on a Skywalker air frame. The innovative feature of this system is the new power system. This enables the system to fly for approximately 3 hours and a 100 kilometres with a payload of 200 grams which means it can carry a point and shoot camera such as Canon S 100 GPS on board. The total mass at take-off is 2.9kg. 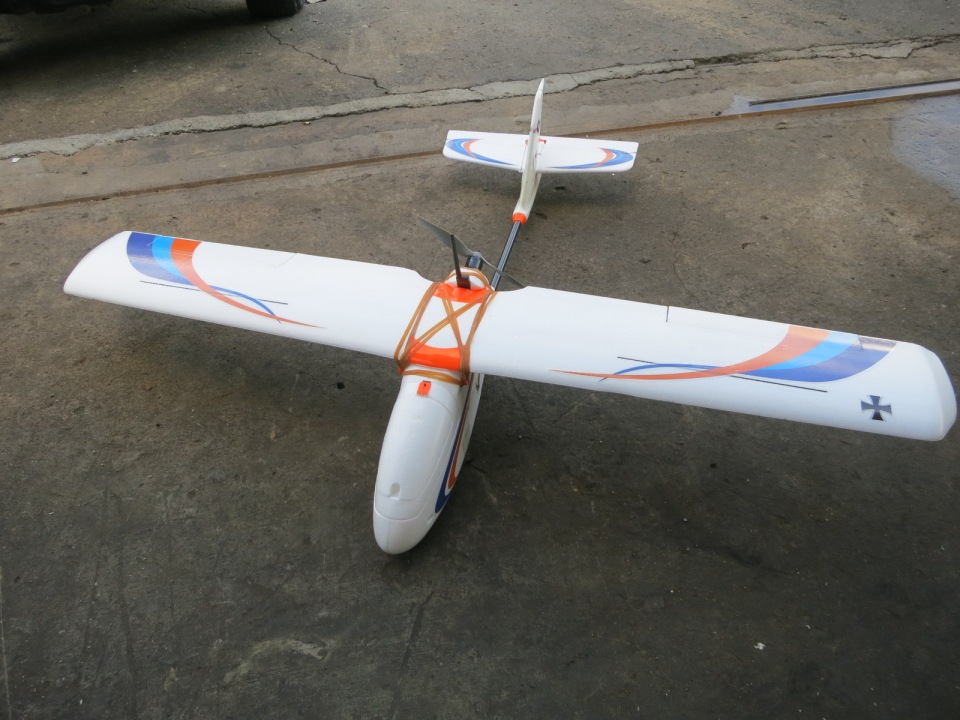 About 18 months ago, Keeyen achieved 100 KM with FX 79. But he never put this system into practical use in the field. The main reason was that with the required batteries on board, the payload needed to be in front and then the drone needed to be balanced at the rear. This would increase the total take-off mass to about 3.7kg making a hand launch a challenge and landing such a heavy drone in a small space a very different challenge as well.
So Keeyen tried some other combinations, but none of them met the requirements until he found the current power system. The major breakthrough here is using a new Lithium Ion battery pack which rated at 3 C continuous discharge.

The air frame that Keeyen settled on is the well-tested Skywalker 2014 1800 mm three piece wings model. The motor used is a SunnySky 2820 800 kv matched with an APC 12 x 8 electric propeller. With this set up, it is important to limit the top end power via Mission Planner to limit the full throttle at about 26 Amps, which give more than enough power for take-off and climb to altitude. Once enter cruising mode, the average amps drawn is only about 5 to 8 Amps.
The 100 KM attempt took place at Keeyen’s local flying field. It was a sunny Sunday afternoon with some winds. Keeyen hand launched the plane and it climbed easily to 60m after which a brief RTL was performed to test the autopilot. Once it reached 100m it was switched to Auto and started its mission.
Three hours and 5 minutes later, the plane had traveled almost 120km with 29 % battery capacity remaining. As it was getting dark and it actually completed the planned mission, Keeyen decided to land. 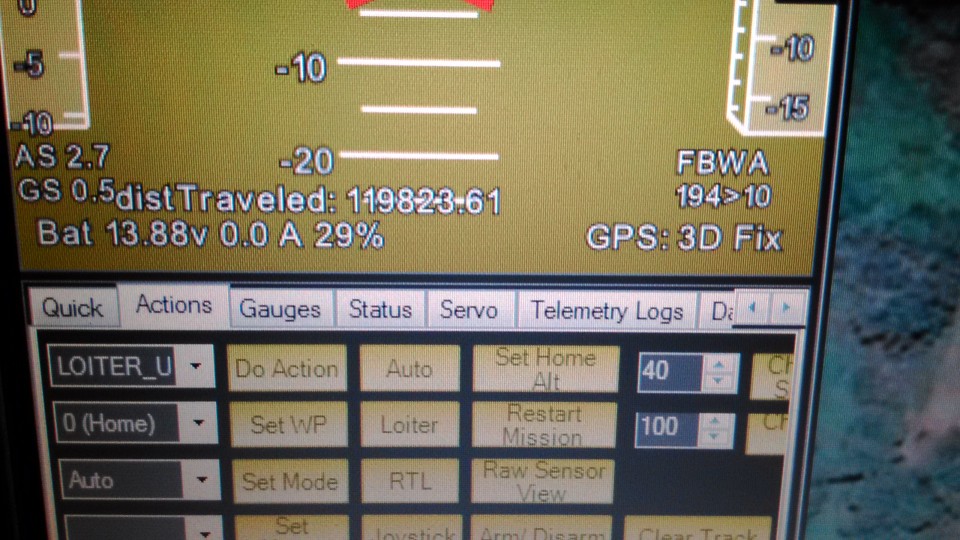 The lithium ion battery used can be charged with a normal Lipo charger at 1 C rate, but the discharge curve and minimum voltage are different from the Lipo batteries that we all familiar with. When high power is needed, such as during take-off, the voltage will drop significantly. In this case, the freshly charged battery voltage reading was 16.97 volt. During take-off at full power, which drew 25 Amps, the voltage dropped to 15.6 volt but once entering cruising mode, it bounced back to approximately 16.4 volt. For air plane, it is safe to discharge down to 3 volt per cell or 12 V for 4S pack. If you push to the limit, a cell can hold up well until 2.8 volt per cell, after which, the voltage will drop fast. You will need to change the low voltage cut setting of your ESC to LOW or change the battery type to NICD/NIMH to avoid a premature power cut off by the ESC.
Unlike standard lithium polymer batteries, once this Lithium Ion battery discharges to very low voltage, say 2.4 volt per cell, it can bounce back to about 3 volt if you cut off the power temporarily. If you are flying FPV and are struggling for the last kilometre to reach home, this technique and the characteristic of Lithium Ion battery may save your day or at least get it closer to you.
With 100km range, the new long range conservationdrone opens up the possibility to map or video areas that were previously unreachable by our drones. This system will also be very suitable to monitor rivers, roads, or forest boundaries or any other mission that requires long-duration flight. Flying at 300 meter, the system can map 1500ha at about 10cm pixel resolution, which makes large area mapping possible with a single flight. The camera will need an external power supply though because standard camera batteries do not provide power for such a long period.

Below are the specifications and components for the 100km Skywalker conservationdrone.